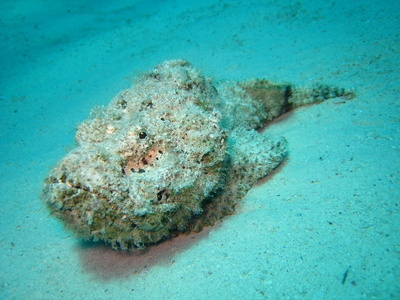 The stonefish, “Nohu” in Tahitian

Belonging to the Scorpaenidae family, the stonefish is quite simply the most venomous fish in the world and one of the most dangerous.

Its body, devoid of scales, flaccid and bloated, perfectly imitates the stones that constitute its environment. 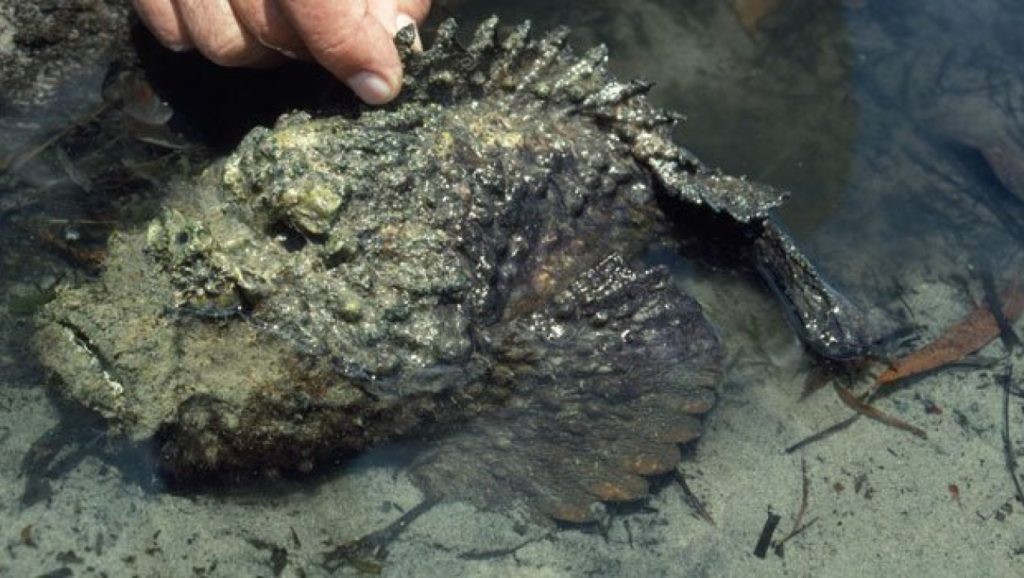 Size: Approximately 30 to 40 cm in the adult age

Appearance: Its skin is devoid of scales. It secretes a mucus able to retain the coral debris and the algae. This camouflage generally makes it almost perfectly undetectable in the middle of rocks and corals; even at very low depth.

Habitat: It is found on sandy bottoms and coral plateaus of shallow depth (40 to 50 cm) in the Indian and Pacific oceans, including French Polynesia.

The majority of accidents occur on the feet when walking on the stonefish (85% of the time) but there are also stings on the hands (15%), especially among professionals of the sea and cooks.

The severity of the bite varies according to the dose of venom injected, the size of the fish, the number and depth of the bites, the age and weight of the victim, the existence of previous pathological conditions and the time it takes to get help.

The first sign is an immediate intolerable pain, often syncopal. Sensory disturbances, malaise with anxiety, nausea, vomiting, sweating and even convulsions can be observed. Paralysis is possible and sometimes of all the limbs. Unfortunately, this sting can lead to cardiac accidents and respiratory distress that can lead to death.

Immediately remove the victim from the water and contact the emergency services as soon as possible.

It is strongly advised to wear water shoes with thick soles when walking in the shallow waters of lagoons.

And avoid walking on coral reefs and rocky bottoms as much as possible.

Don’t be afraid of sharks but of where you put your feet. In French Polynesia alone, the number of people envenomed is estimated at 80 per year. This figure is probably underestimated due to the Tahitian population’s recourse to traditional treatments without going through professional rescue services.